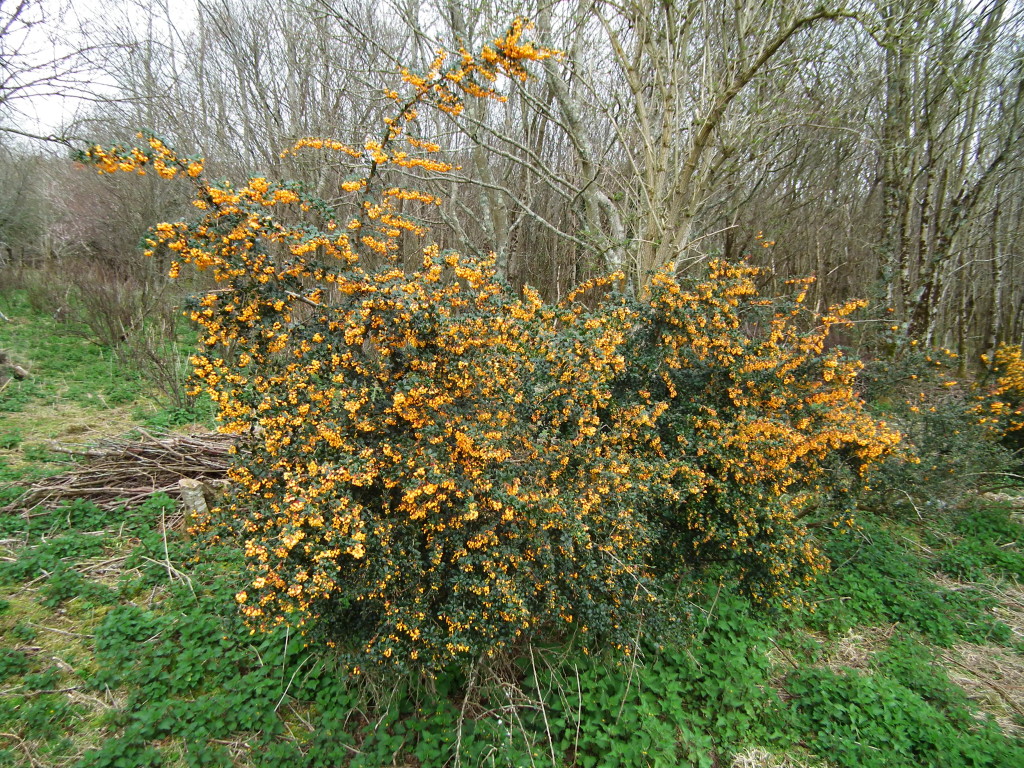 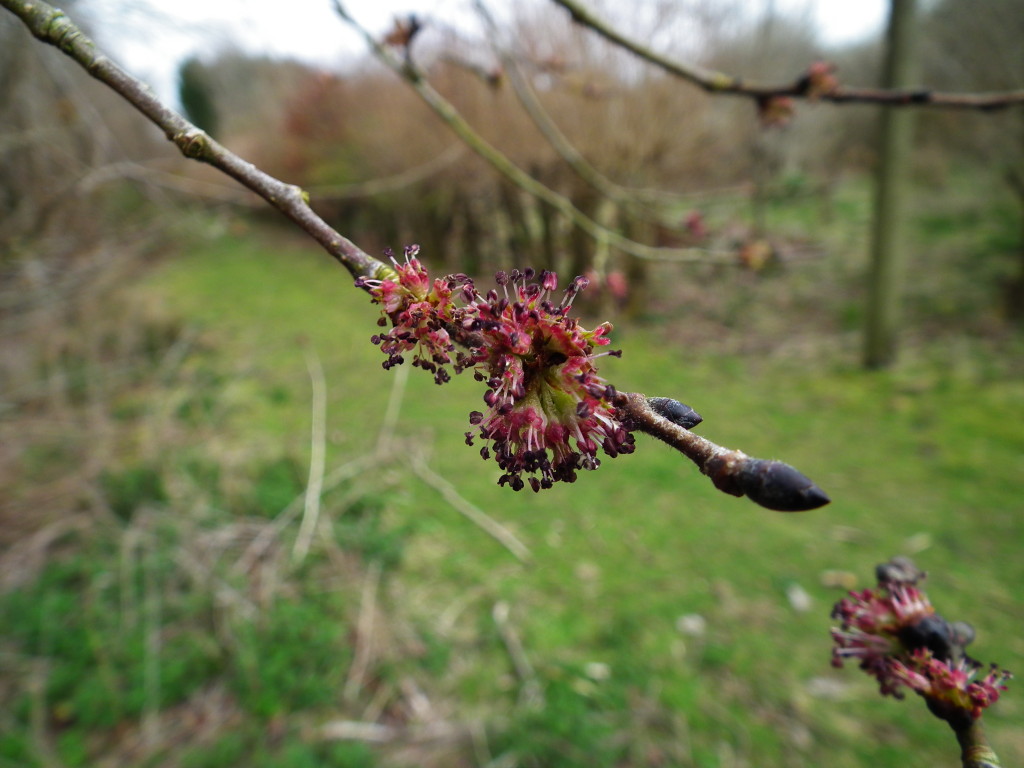 The wych elm is flowering. The flowers develop rapidly into circular winged seeds.
When still green and soft, the fruits are edible, and have a succulent sweetness rather like garden peas. The young tender leaves are also edible. 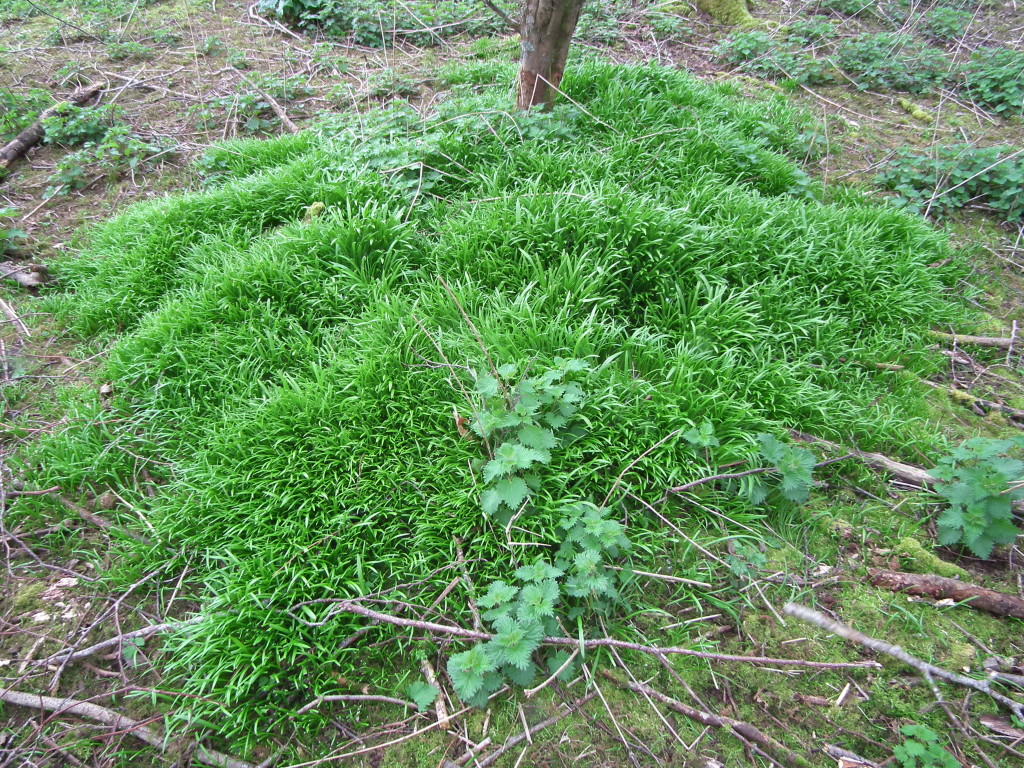 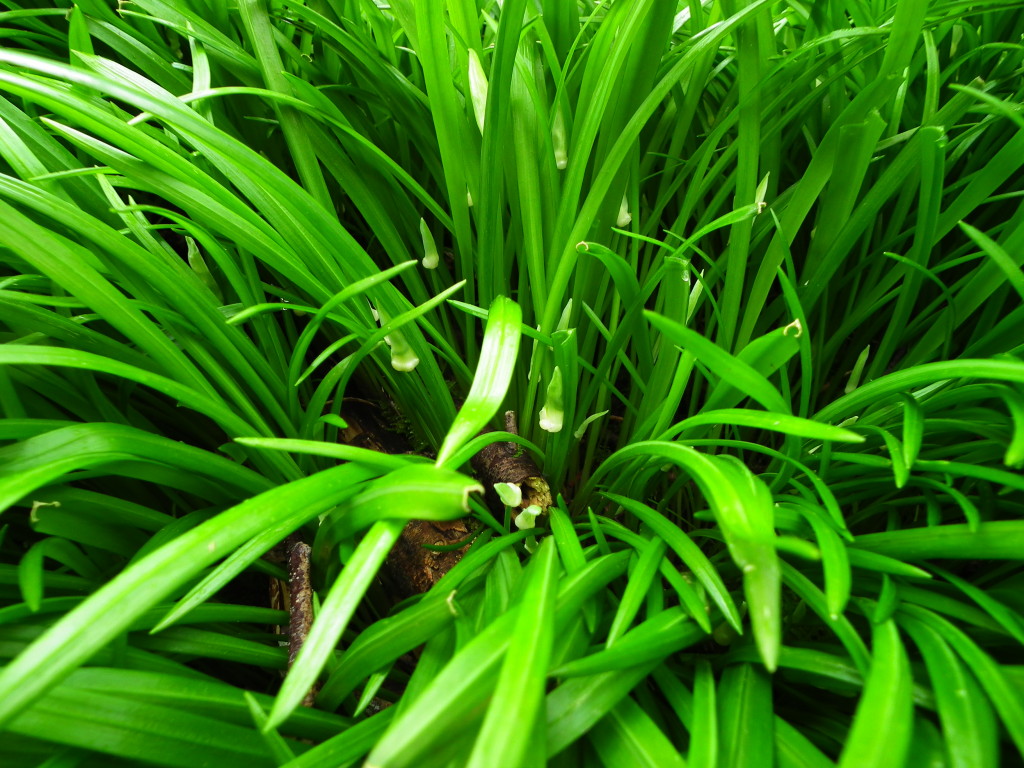 This is very similar to three-cornered leek (Allium triquetrum) but the flowers develop bulbils instead of seeds. The bulbils ripen in the summer and can be eaten or used for propagation 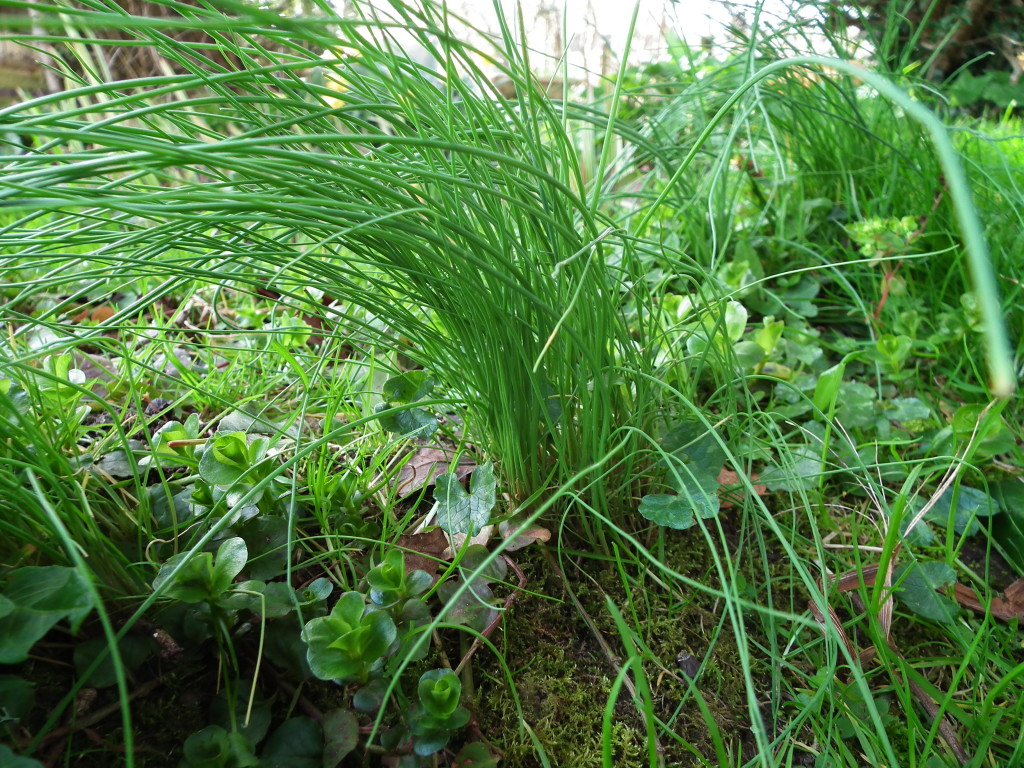 At this time of year crow garlic looks looks like chives and can be used in much the same way. It is tougher though, and is able to grow in grass and tolerate some mowing. Leaves are available though most of the winter. 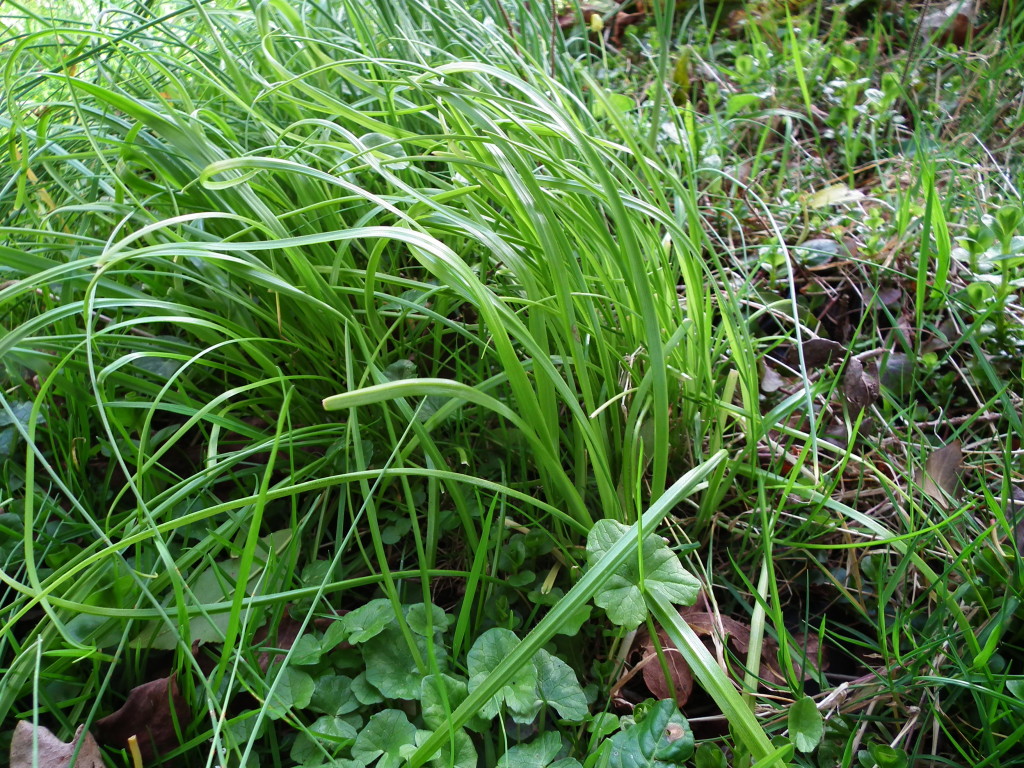 The availability of daffodil garlic is similar to that of three cornered leek, but it is a much less robust plant, has a more delicate flavour, and does not spread so easily. 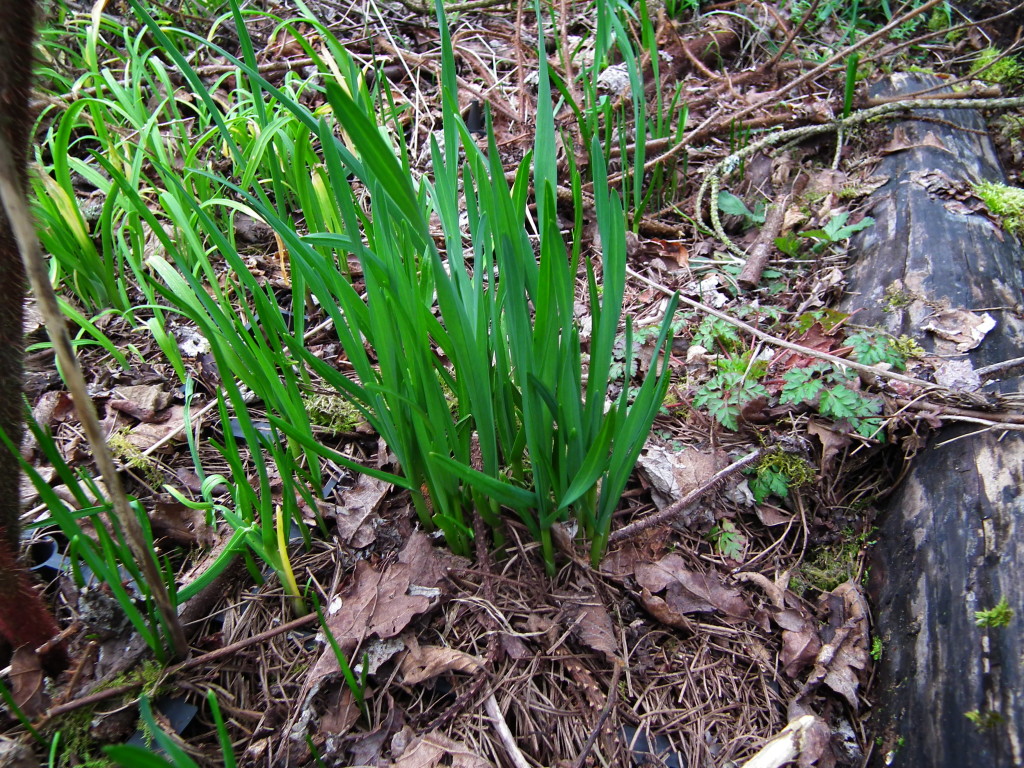 This looks and grows like a normal garlic, but in addition produces bulbils at the top, which can be eaten or used for propagation. Serpent garlic is also less prone than normal garlic to rotting in the soil over winter. 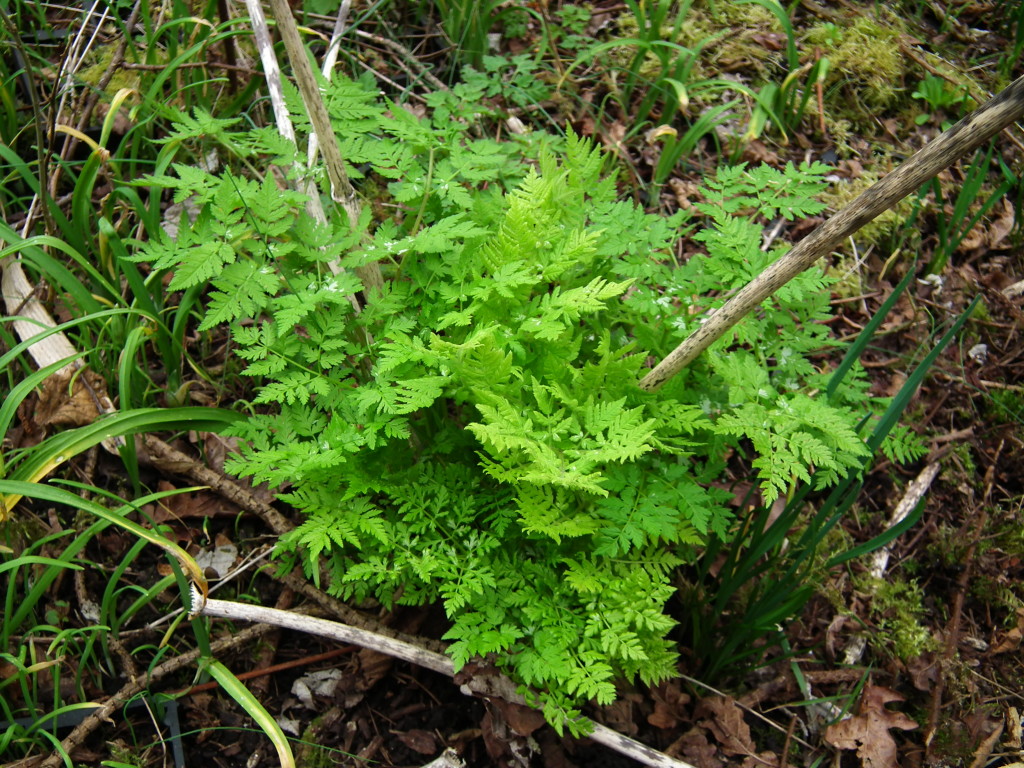 Use in the same way as fennel 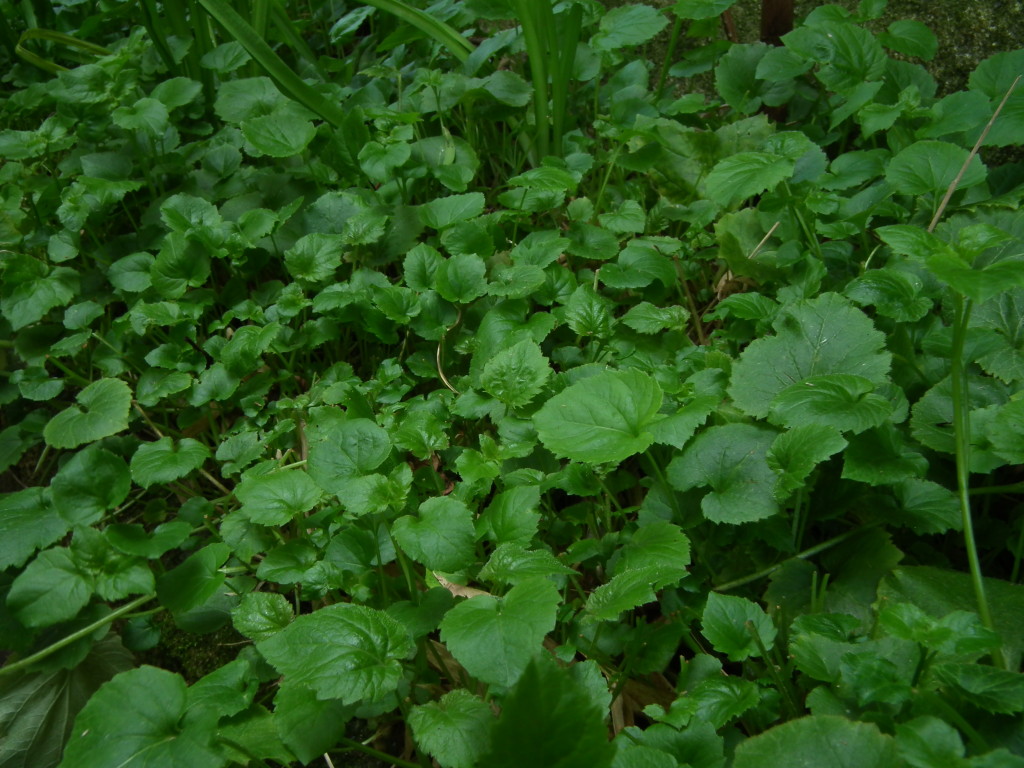 This spreading clump forming plant has edible leaves with a pleasant mild nutty flavour. They are best in the spring but are available all year. The blue flowers are also good to eat. 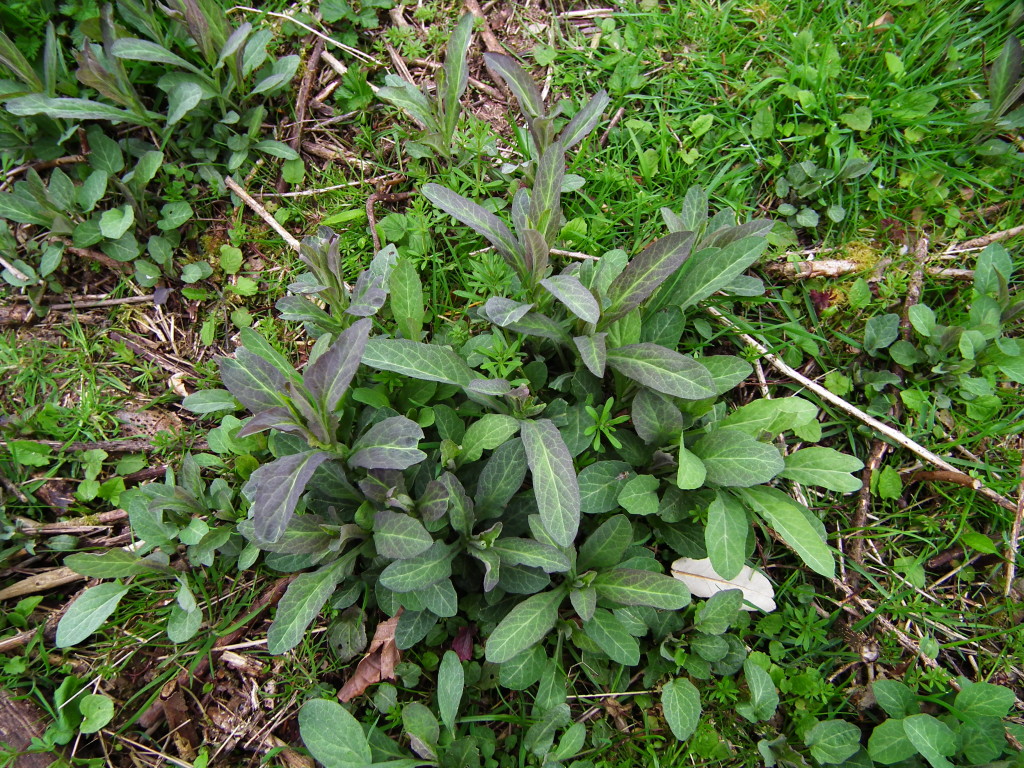 This spreading perennial has a strong hot flavour with an element of garlic to it. It is green and edible all winter when it is at its best. In summer it becomes unbearably hot. It is now starting to shoot upwards in preparation for flowering. 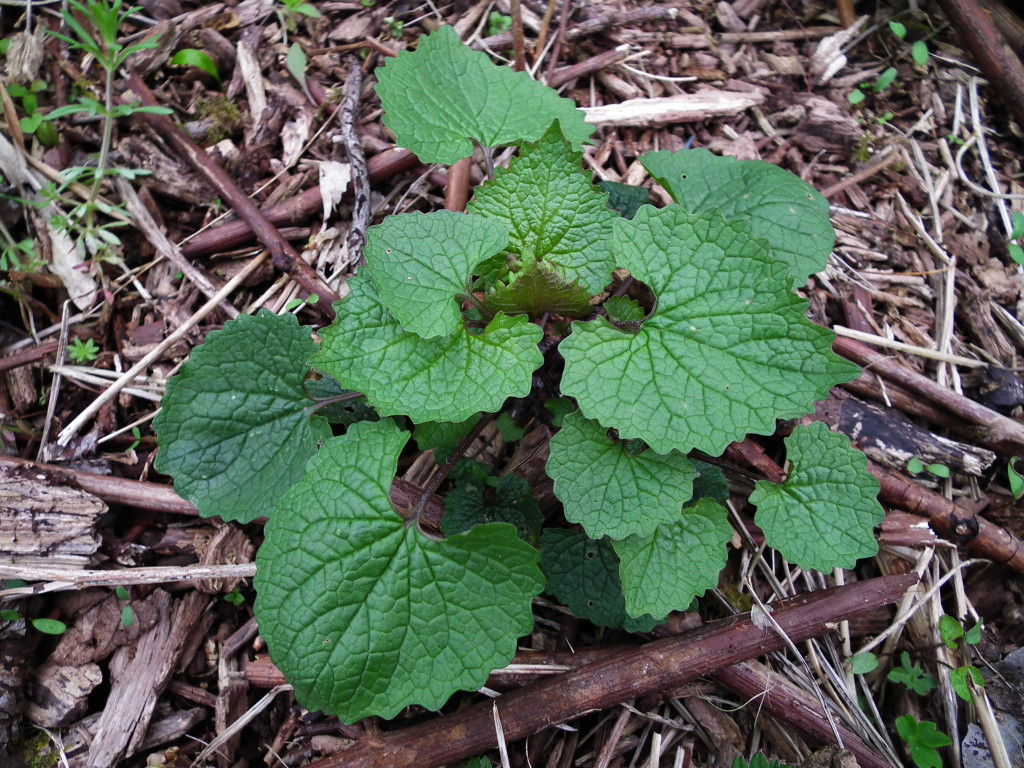 This native biennial is in some ways similar to Peltaria , but in my opinion is nicer. 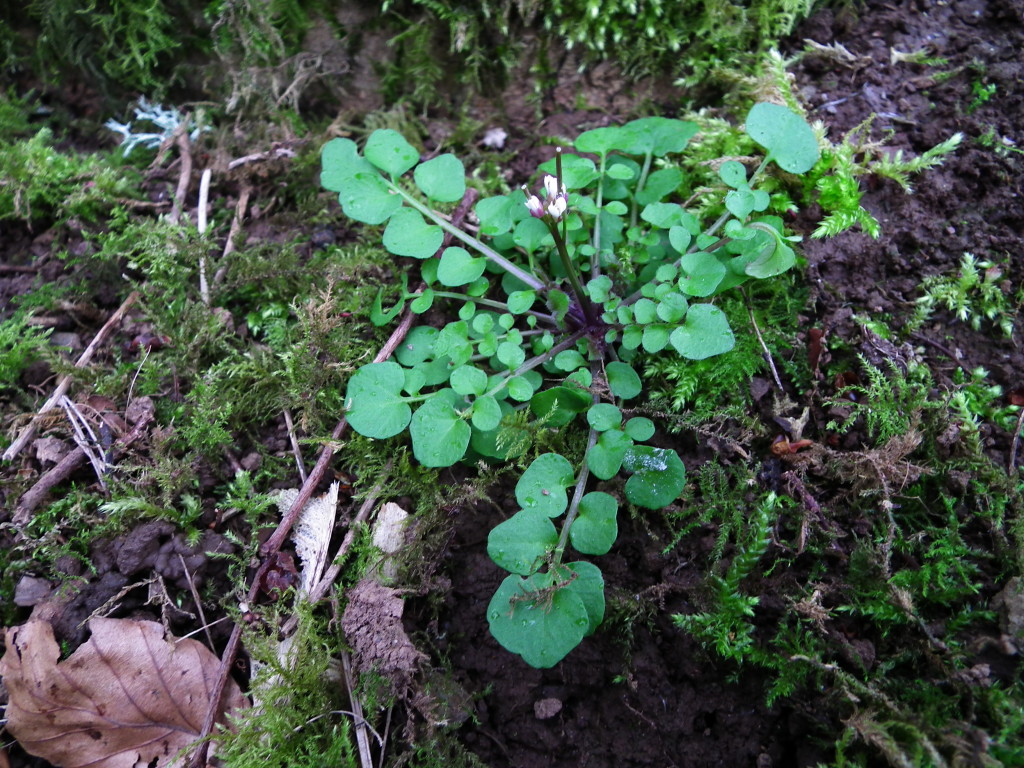 This is a small annual weed which finds its way into all sorts of places. The leaves,flowers,and young shoots add a nice spicy flavour to salads. They are also rich in iron and vitamin C. 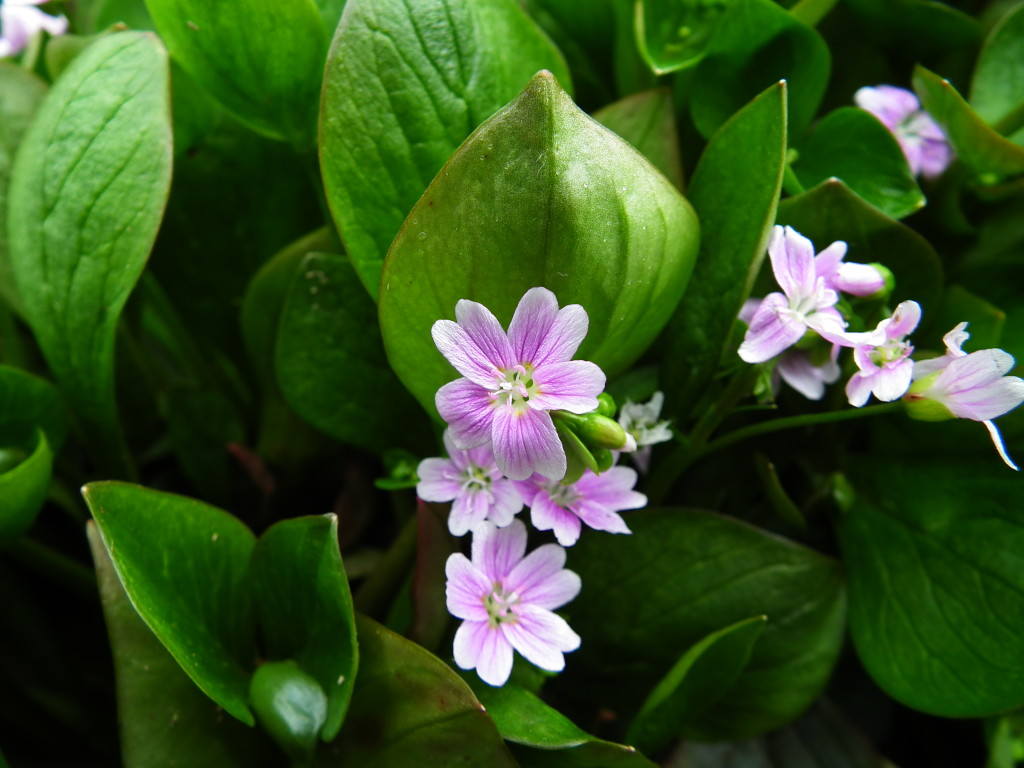 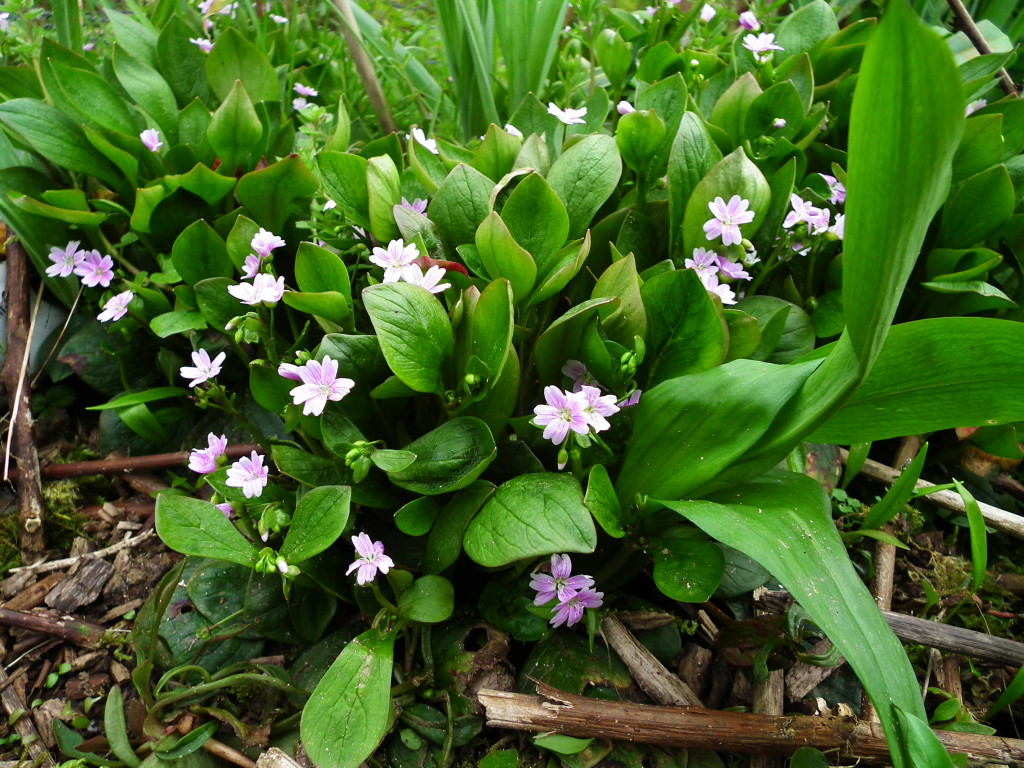 This self-sowing biennial has fleshly , juicy stems, leaves and flowers which can be added to salads. They taste like raw beetroot. 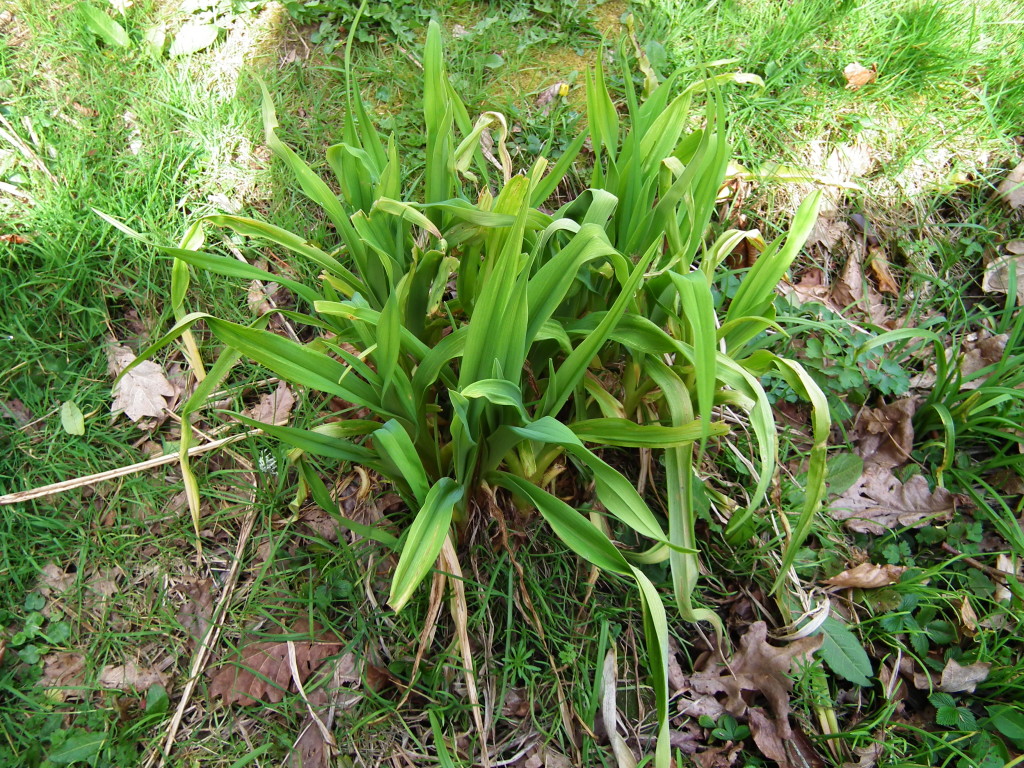 The young shoots and flowers are edible. The shoots are best cooked. The large beautiful fleshy flowers are sweat and juicy when eaten raw but some people find it has an unpleasant aftertaste. One of the best is Hemerocallis fulva var.Quanso which has a large orange double flower (see the front cover of Kens book) This is a major food in Japan and some other oriental countries, where they find it delicious. The flowers are wilted and used to thicken soups. 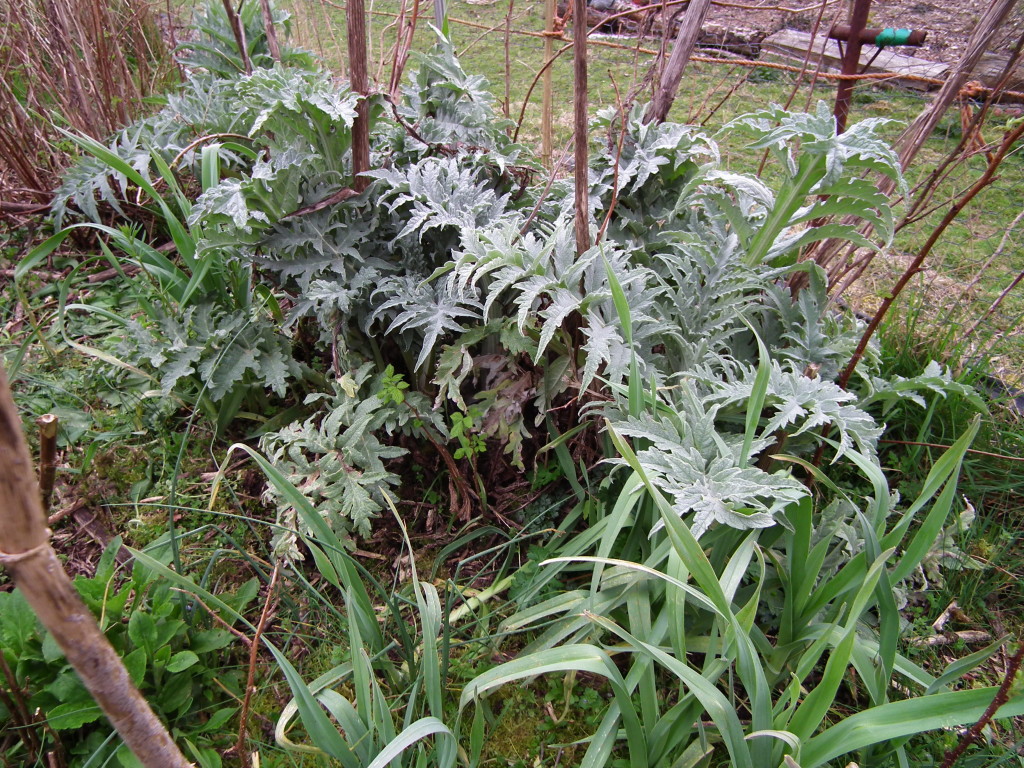 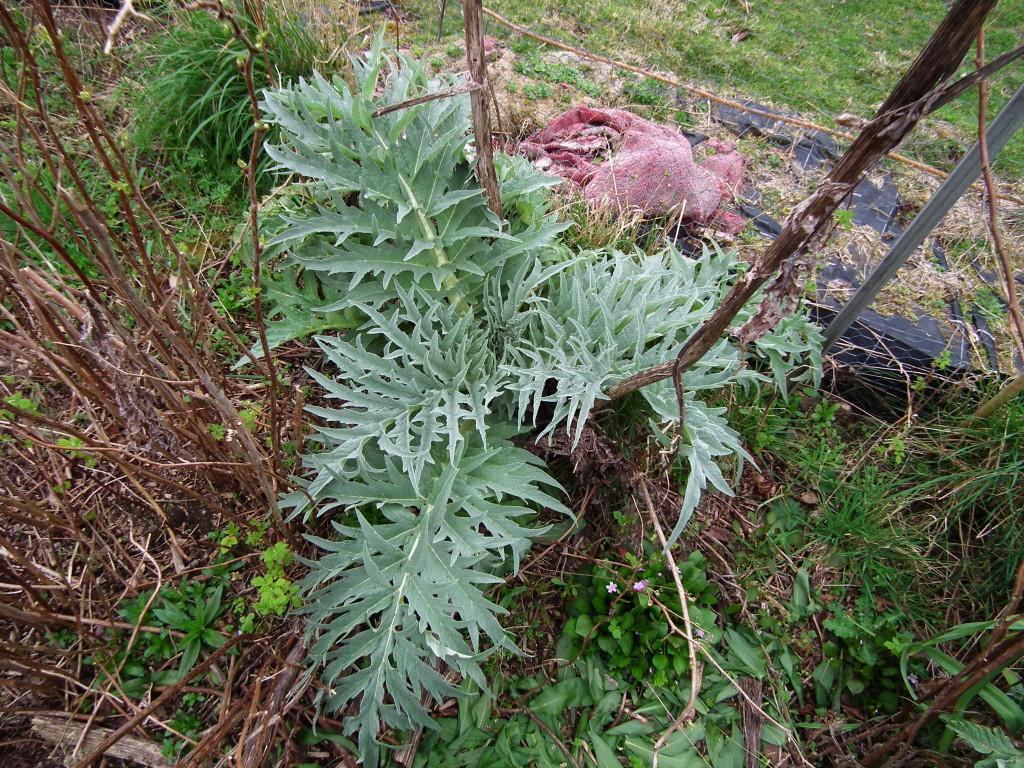 These two plants look similar, and can be used in the same way. The flower buds are a delicacy when steamed or boiled. The leaves are intensely bitter and can be made into a tea which is an excellent digestive tonic, and is especially good for the liver. 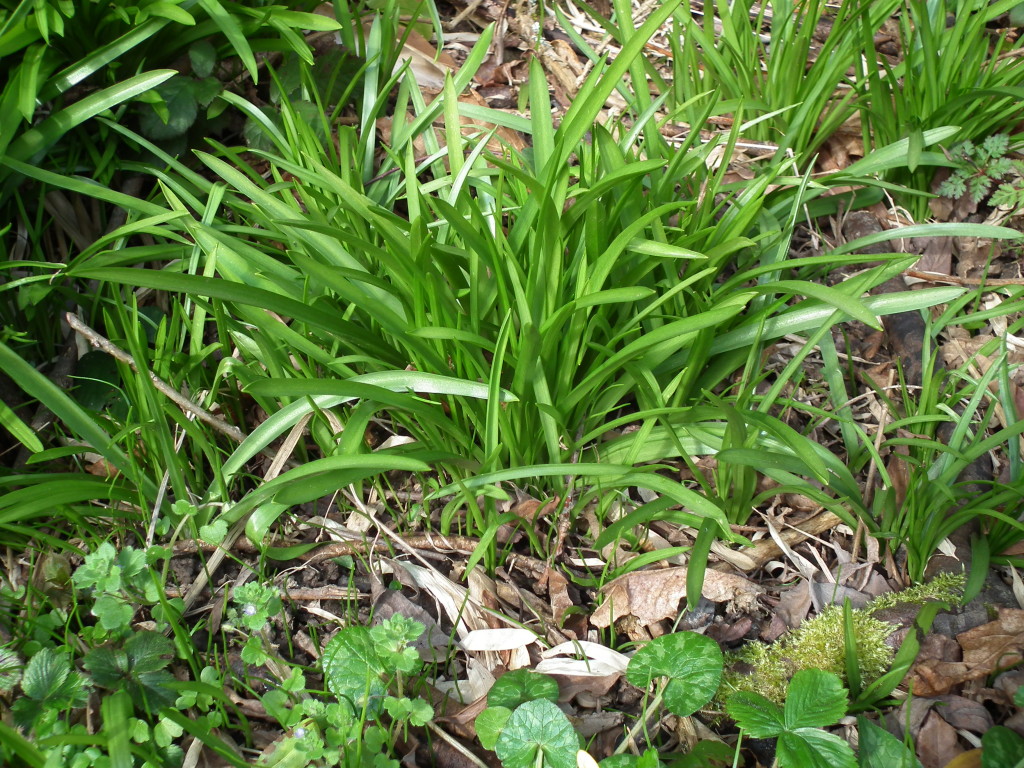 Not edible – but the underground stem-tubers work well as a paper glue! 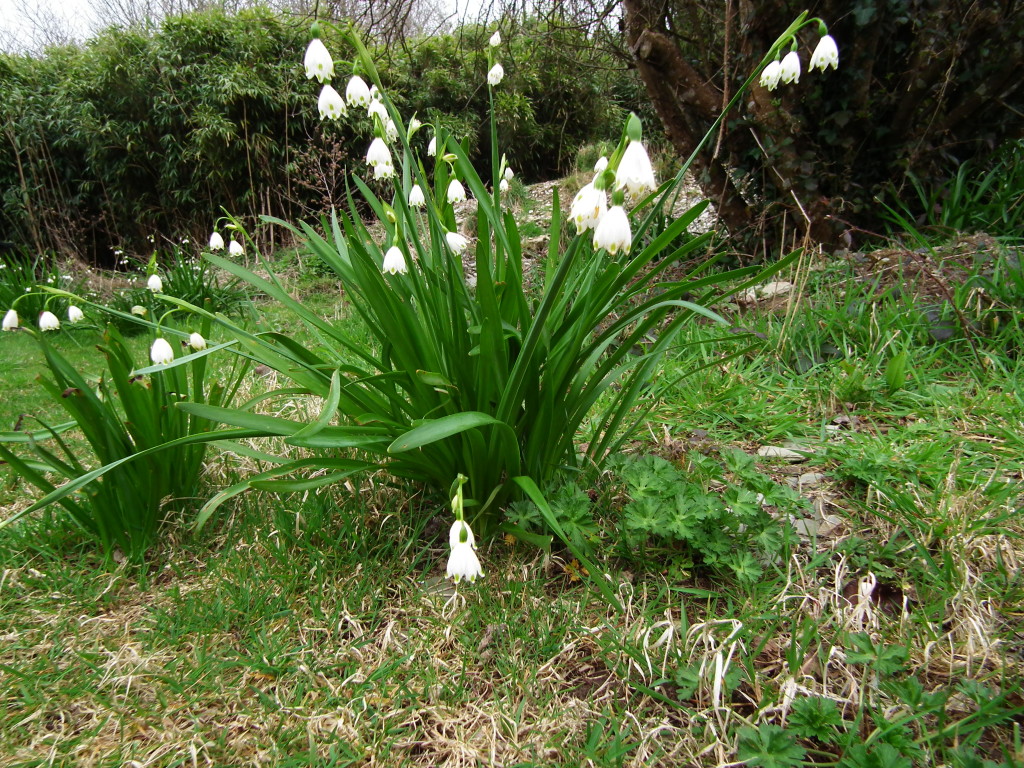 Not edible – but beautiful!

Photos by by Ajna Fern, licensed under a Creative Commons Attribution-NonCommercial-ShareAlike 4.0 International License.