I posted a short article in early December on how the fruits on our evergreen Elaeagnus species were developing earlier than usual. The mainly mild weather we have experienced since then has seen this ripening come on apace and we now have many fruits colouring up – and it is only the middle of January. We would not usually expect fruits at this stage of development until the middle of March, with the first fruits coming ripe in April.

The forecast is for rather colder weather in the coming weeks, so it will be interesting to see how the fruits fare. I’ll try and remember to keep people up to date.

Thinking of fresh fruits for difficult times of the year brings the Barberries and Mahonias to mind. Whilst not often thought of as food plants, between them they can supply fresh, very nutritious berries for almost 8 months of the year. These two genera of ornamental plants are increasingly being treated by botanists as a single genus united under Barberry and, whilst the two groups are very different from a gardener’s point of view, they do have very similar flowers and fruits.

We harvested our last fruits of the year in December (from Berberis aggregata and Berberis wilsonae). They have a somewhat acid flavour (think lemon and use a little imagination) and are rather seedy, but can be used to add a sharp flavour to fruit juices and some cooked foods. They can also be eaten raw – children generally like them more than adults.

By early May we should be looking towards our Mahonia species for some fresh fruits. These evergreen plants produce a lovely display of scented yellow flowers in the autumn and early winter that draw in masses of bees and give them a late bonanza of nectar. The fruits are just beginning to develop now and I will watch their progress with interest.

All the species in the genus produce more or less edible fruits – though it is definitely less for many of the species. However, there are also a number with decidedly edible and health-promoting fruits that come ripe through the summer and autumn. In particular, the S. American evergreen species come to mind, including B. darwinii, B. empetrifolia (which is a cultivated fruit crop in Chile) and B. microphylla. When I get time, I might well write an article listing the best of these species

Even in temperate climates, such as on our land in Cornwall, it is possible to provide fresh fruit all year round. Common fruits such as apples, for example, can be harvested in the autumn and, with the right varieties, can be stored until the following summer.

We do not focus just on these more common fruits, however. We can usually pick at least small amounts of fresh fruit in virtually every month of the year. As we move into winter so our fruit harvesting for this year is drawing to a close. We have yet to pick the last of the apples and still have to find time for the kiwi fruits (a very heavy crop this year, which will ripen fully in store over the next few month) and will hopefully be picking Hippophae fruits until early February. 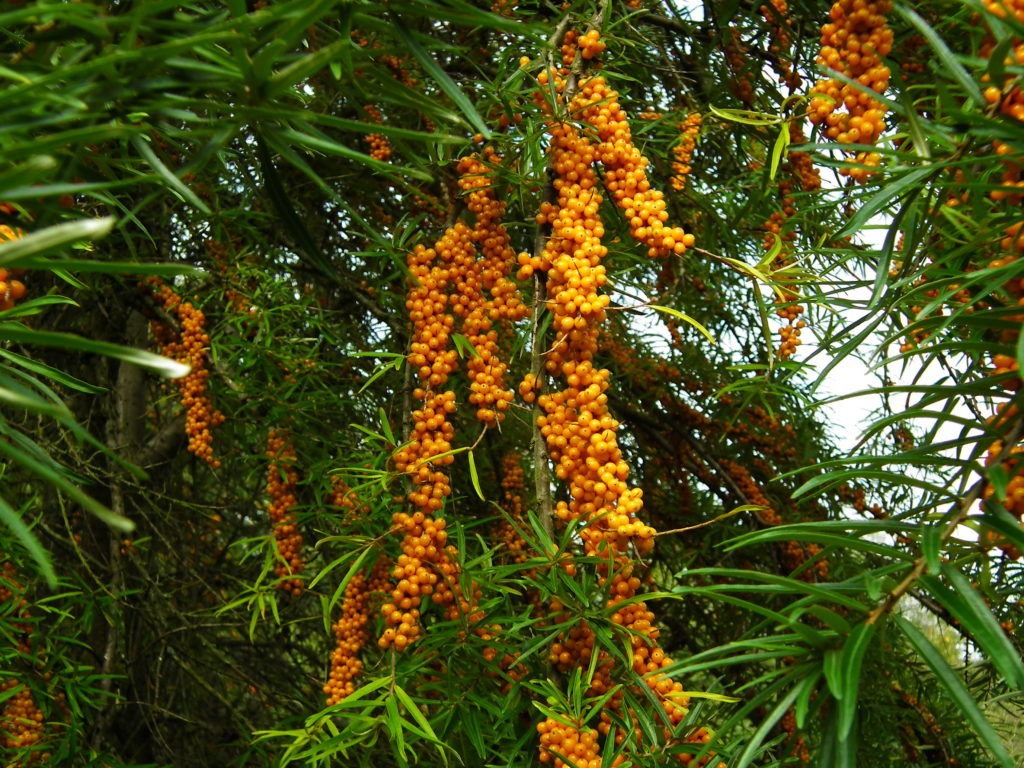 The seasons run in circles though, and even as this year draws to its close we can already see the first signs of next year’s fruit harvest. 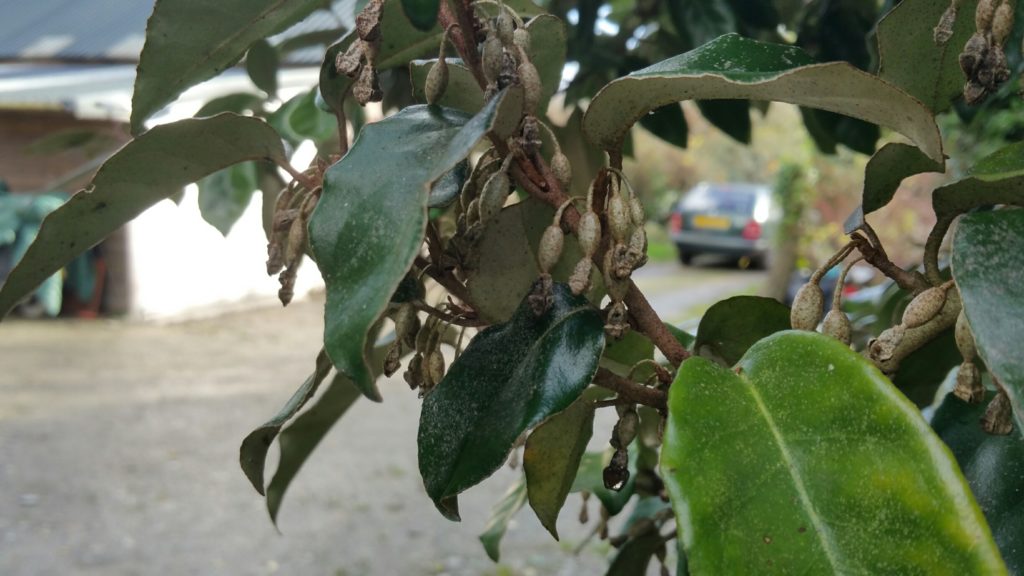 Our evergreen Elaeagnus species flower in the autumn and then slowly develop their fruit over the winter ready for us to harvest in the spring. This year, possibly as a result of the hot summer (oh, pleasant memories!) the potential crop is looking better than I can ever remember. With luck, by the end of March, we will be eating these fruits and their edible seeds.